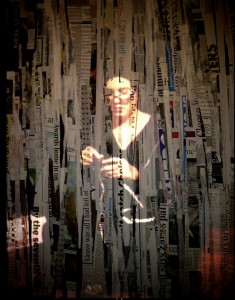 Dawn Felicia Knox is an artist and curator working across mediums to create art objects and immersive environments. Her artwork is a distillation of found and constructed narratives using ephemera, found objects, photography, film, found and created sound and sculpture. Her work is research driven yet steeped in wonder

American by birth, she forged an artistic presence in her native New Mexico through creating and exhibiting works in galleries and, more intriguingly to her, in non-traditional environments such as public spaces, performance halls and community rooms. She was driven to create encounters with her art that were unexpected and engaging.

She is now at home in North East England. For the last several years her work has been concerned with the reinterpretation of artefacts and historical narratives bringing them into a wider discussion about art, science, myth and identity. She has shown her work in a wide range of traditional and non-traditional environments such as the Great North Museum, the Castle Keep, The Mining Institute, projected across a derelict mine and hidden in shelves of the Lit and Phil Library.